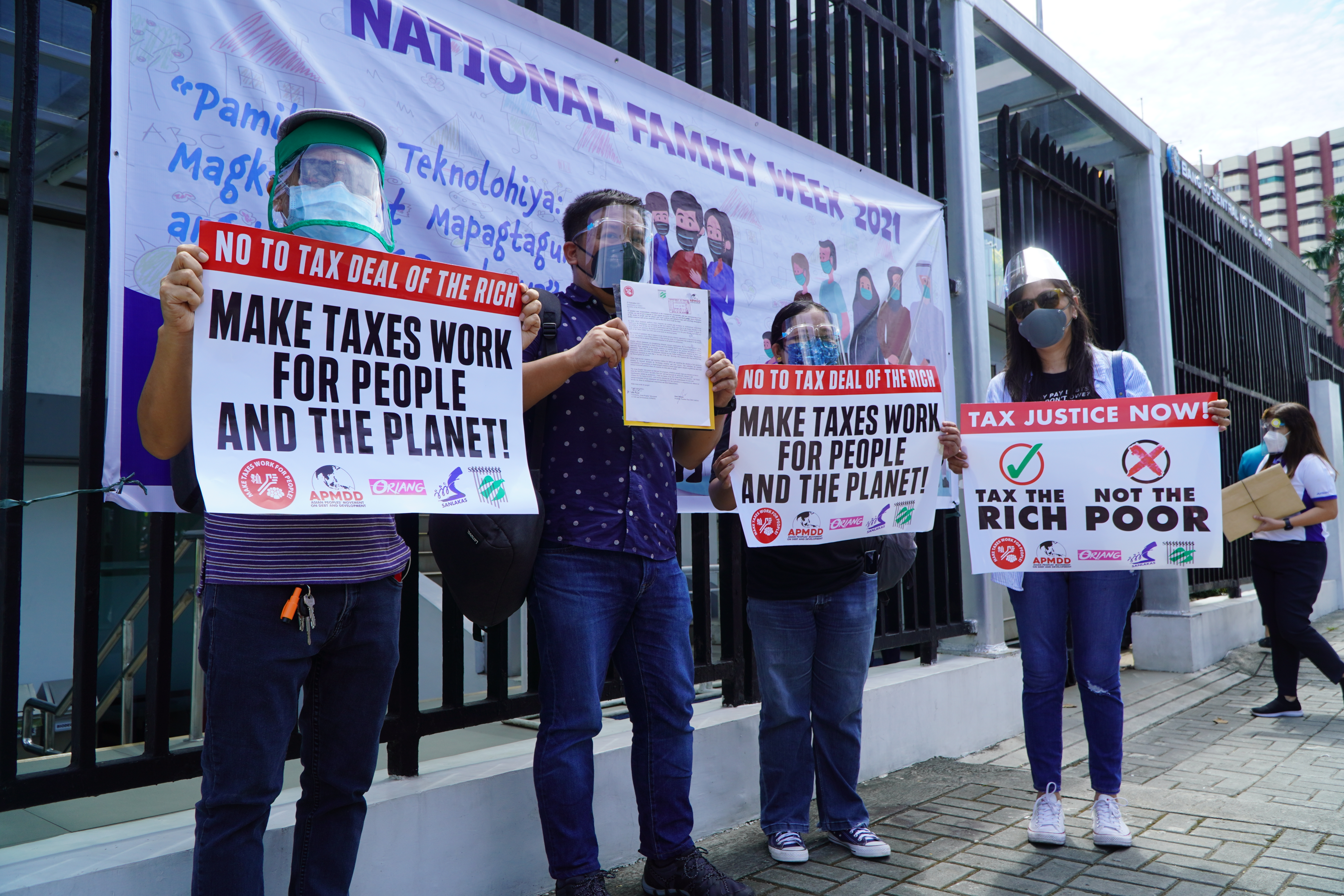 MANILA, 24 September 2021 –“We have delivered our message to the Philippine government on the certain negative impact of a tax deal forwarded by wealthy countries. The Philippine government must act in the best interest of the Filipino people.  This means rejecting the tax proposals of the Group of 7, the Group of 20 and the OECD,” said Rovik Obanil of the Freedom from Debt Coalition (FDC) who headed a delegation that delivered an open letter to the government through the Department of Finance on Thursday, September 23.

The open letter of the FDC and the Asian Peoples’ Movement on Debt and Development (APMDD)  asked the Philippine government  take a stand against tax abuses and block tax deals put forward by the OECD, G7, and G20 that will benefit only rich countries, multinational corporations and the global elite.

The open letter noted that “in 2020, illicit financial outflows from corporate tax evasion and avoidance by multinational corporations (MNCs),in the Philippines was estimated at PhP 94.3 billion, nearly equivalent to the budget allocated by the Bayanihan to Heal as One Act for social amelioration and wage subsidies. While MNCs continue to engage in these abusive tax practices, the burden of revenue generation is passed on to the poor through regressive taxes such as the Value-Added Tax (VAT) and excise taxes on necessary goods.”

The letter was delivered at the DOF by a small delegation at the same time as a rally was being held at the Welcome Rotonda by APMDD, FDC, Oriang and Sanlakas.  The delegation coming from the DOF office and another delegation that delivered a similar open letter to the Embassy of Indonesia only arrived at Welcome Rotonda to see the tail-end of the public action which police forcibly though peacefully dispersed.

The rally dubbed Day of Action for Tax Justice was held as representatives of 193 member States  met at the 76th session of the United Nations to deliberate on ‘COVID-19 recovery’ and how to rebuild sustainably.

“These false solutions yield an unjust share of revenues to headquarter countries of MNCs and accelerate a global race to the minimum corporate tax rate of 15%, further eroding our revenue bases. The Inclusive Framework is no more than a “tax deal of the rich,” favoring a few countries that have long benefitted from our flawed global tax system,” Nacpil said. . -30-

The letter to the Government of the Philippines: 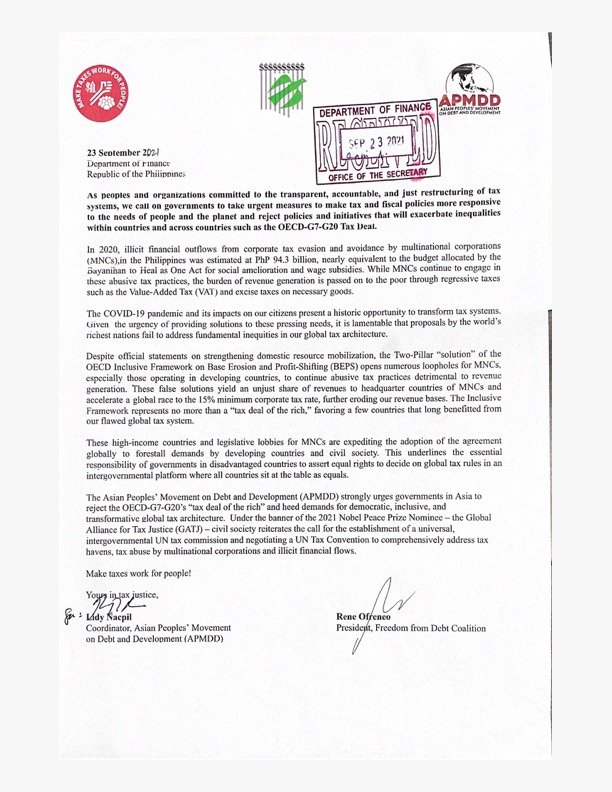 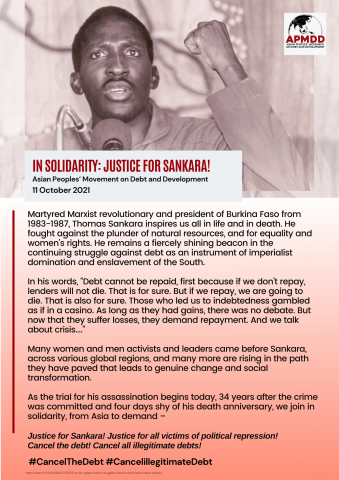